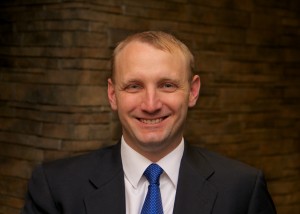 Jared Rose represents people who have been hurt in accidents, defrauded by people they trusted, or harmed by businesses or insurers. He lives in Kansas City, Missouri, with his wife and their three children.

Jared is admitted to practice law in Kansas and Missouri.

Jared has experience handling a wide variety of cases, including:

Outside of work, Jared is involved in his community. He served on the board at Country Club Christian Church and recently finished a one-year term as Chairman of the board. He also serves on the board of the Theta Xi alumni association for the fraternity’s Kansas State chapter, and is also a past President of that board. Jared is currently vice-chair of the Kansas City Metropolitan Bar Association Securities Committee.

Jared writes and speaks about the legal issues in his practice areas. Jared authored or co-authored the following publications: